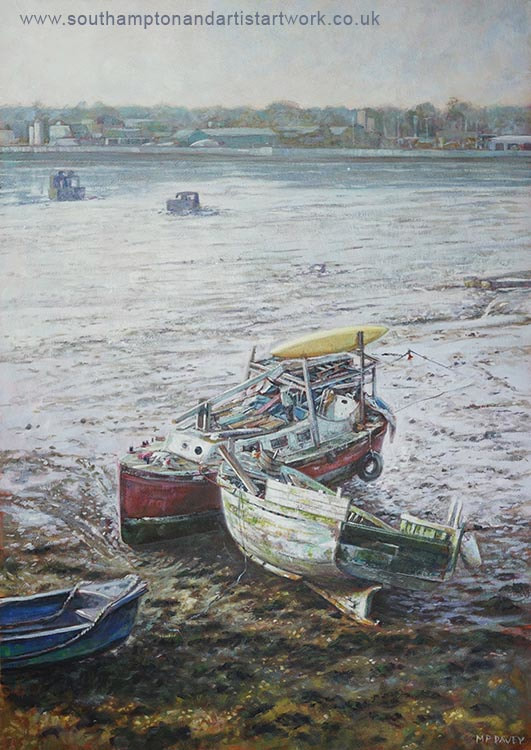 This painting, completed in April 2018, shows a red boat with a smaller rowing boat for company, on the mudflats at Northam, Southampton, on the River Itchen. It appears both vessels are forgotten and abandoned. The red boat has a wooden rack built on the deck where planks of wood, and other assorted junk have been stored. In the distance can be seen two further wrecks in poorer condition, which unlike the featured boats do not float but are stuck on the river bed, and only to be revealed when the tide is out as is shown. In the very distance can be seen the Bevois Valley area of the city on this day of weak sun.