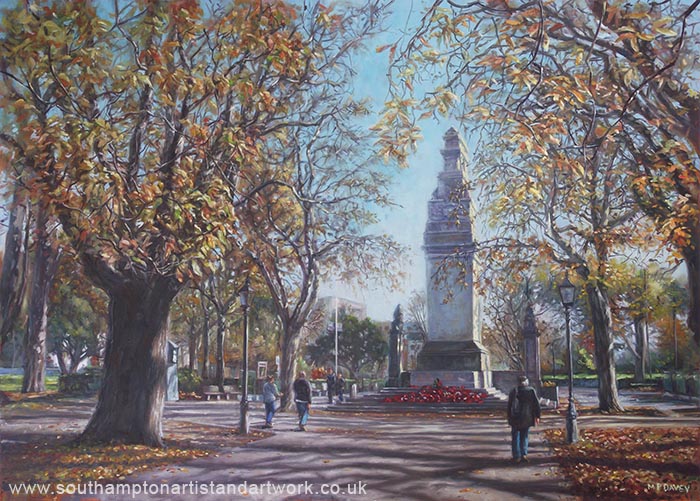 This painting was created during September 2017 and shows the Cenotaph (grade 1 listed) situated in Watts park, within central Southampton. It was designed by Edwin Lutyens, who later designed the cenotaph in Whitehall, London. The monument was build in 1920 and was the first of its kind, influencing the design of cenotaphs around the world.
The painting shows a sunny autumn view of the monument, with recently laid wreaths commemorating armistice day in the city centre. It is painted in oils on mounting board sized at 20” x 28”.